Welcome to my White Space. My retreat from the busy world. The never consistent, mostly random, but always genuine—area I call my lifestyle blog. You may have noticed my absence and that’s partially in respects to a few things. The last six months have been a rollercoaster to say the least. Here’s what you missed:

March 12 – I was let go—without a truthful explanation—from a company I’ve been with for four years.

March 12 – Tears, hate, confusion, hope, happiness. Five hours later I was offered my dream job (and I’m not just saying that.) A better company, real benefits, a consistent (higher) paycheck, I could go on and on.

March 19 – (Present) –  My first day. The start of something new. Working my ass off to prove myself.

There it is, my shortened explanation to my White Space. Since then, wedding planning has slowed down. We’ve nailed the big ticket items and now it’s time to wait. My sister gets married in late September so I’ve been busy planning her bridal shower(s) and bachelorette party.  My job has been fantastic. I’ve never felt more at content with myself than I have the past three months. Now I feel like I am in a spot to breathe and get back to a few hobbies I have been neglecting—blogging being one.

That being said, you may have noticed my blog looks a little different. I may have taken White Space too literally. But with all the changes the past year I wanted to freshen things up. Keep things simple…after all nothing is more simple than White Space. 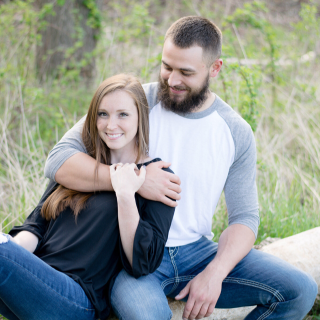